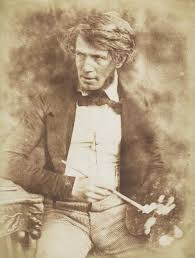 Horatio McCulloch RSA was a Scottish landscape painter. Horatio McCulloch was trained in the studio of the Glasgow landscape painter John Knox (1778–1845) for about one year alongside David Macnee (1806–1882) and at first earned his living as a decorative painter. He was then engaged at Cumnock, painting the ornamental lids of snuffboxes, and afterwards employed in Edinburgh by William Home Lizars, the engraver, to colour the illustrations in Prideaux John Selby's British Birds and similar works. After he moved to Edinburgh in 1825, he began painting in the tradition of Alexander Nasmyth. Working unweariedly from nature, he was greatly influenced in his early practice by the watercolours of H. V. Williams. He returned to Glasgow in 1827,and was employed on several large pictures for the decoration of a public hall in St. George's Place, and he did a little as a theatrical scene-painter. About this time by the writings of Sir Walter Scott and the expressive landscape works of John Thomson, friend of Scott's and minister at Duddingston Kirk, Edinburgh. Gradually MacCulloch asserted his individuality, and formed his own style on a close study of nature; his works form an interesting link between the old world of Scottish landscape and the new. 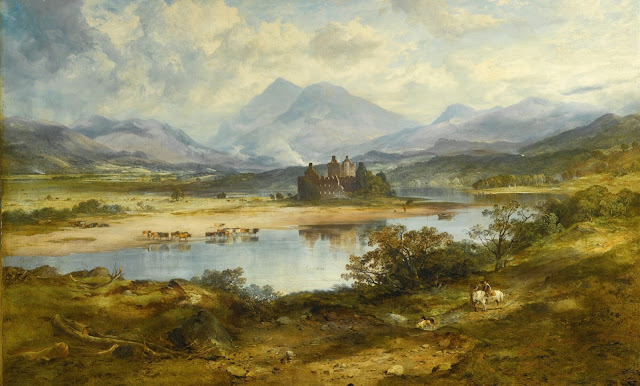 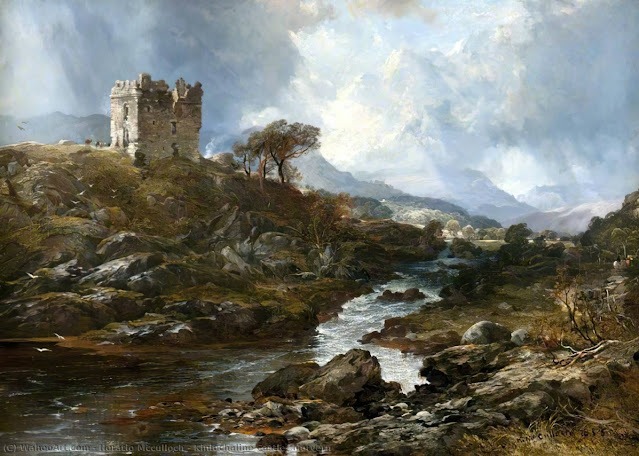 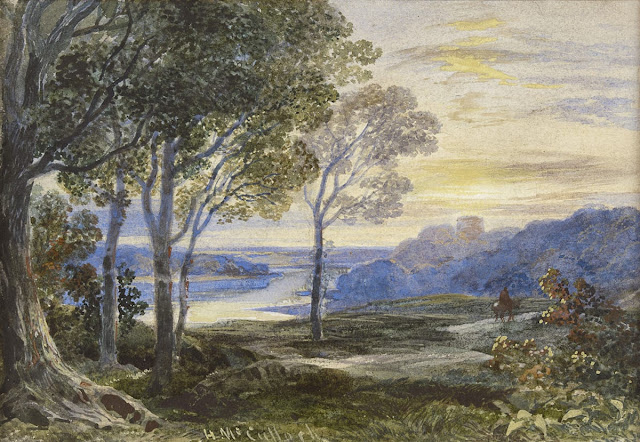 In 1829 McCulloch first figured in the Royal Scottish Academy's exhibition. (He was a regular exhibitor year by year afterwards.) By the early 1830s McCulloch’s exhibits with the Glasgow Dilettanti Society and with the Royal Scottish Academy had begun to attract buyers, notably the newly instituted Association for the Promotion of the Fine Arts in Scotland. A commission from Lord Provost James Lumsden helped established the artist's reputation within Scotland. Commissions from book and print publishers allowed him to concentrate on easel painting. On his election as full Academician of the Scottish Academy in 1838, McCulloch settled in Edinburgh and soon became a prominent figure in the artistic life of the capital and a prolific contributor to the Royal Scottish Academy exhibitions. At the same time contact with Glasgow was maintained: McCulloch’s favorite sketching grounds were in the west, he exhibited regularly in the city and his most loyal patrons were wealthy Glasgow industrialists such as David Hutcheson (1799–1881), the steamship owner. He seldom exhibited outside Scotland and only once at the Royal Academy, London (1843), but he kept in touch with London artist–friends, John Phillip, David Roberts and John Wilson (1774–1855), through correspondence and visits. His own art collection was evidence of his admiration for 17th-century Dutch painters, for J. M. W. Turner and Richard Wilson and for contemporaries such as Clarkson Stanfield. During one of his trips to Skye he met his future wife, Marcella McLellan of Gillean, near the township of Tarskavaig. It is known that he had several dogs of the Skye Terrier breed at his Edinburgh home and it is possible that he brought them from Skye with his wife. McCulloch's pupils included John Smart R.S.A., now best known for his early etchings of golf courses in Scotland. Another was James Alfred Aitken. McCulloch died on 24 June 1867. He is buried at Warriston Cemetery in Edinburgh. 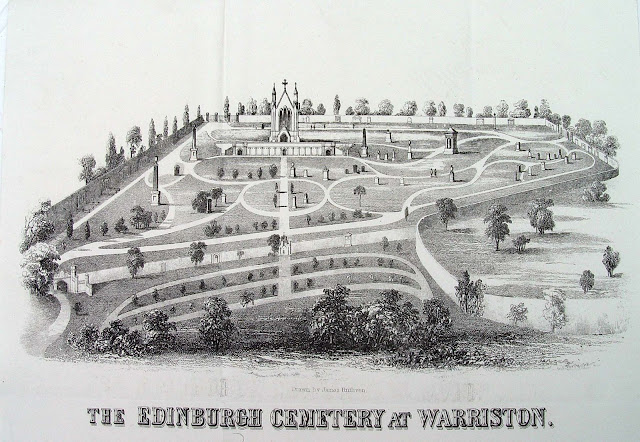 February 28, 2021
I came across this clock key for sale on eBay apparently for a clock manufactured by "Wales & McCulloch". They seemed to be a London-based firm with a shop at 20 Ludgate Hill. I haven't yet managed to track down who this McCulloch was or where he came from so it's still an unsolved mystery! Any further information about Wales & McCulloch would be gratefully received. And yes.. I did buy the key :)
2 comments
Read more

The road ahead... #stats